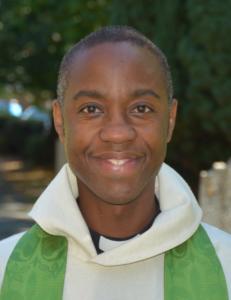 On 7th November we hosted an evening of storytelling and music on the topics of War and Peace. A year or so before moving to Teddington, I encountered an unpleasant character. We were cycling in opposite directions down a narrow cycle path as nearby road works had shrunk the path. It felt like a modern twist on the joust. I was on the path first and cycled steadily. He joined the path and increased his speed, his face set. Imagine the Terminator in the early films with zero emotion. This guy literally even had a black leather jacket and shades.

The road workers watched this game of chicken unfold. Within seconds my challenger skidded to a stop in front of me. He began shouting and swearing at me. I was paralysed in a state of mild shock and my bemused smile only encouraged him to shout all the louder. One of the workmen came to my aid saying to my opponent: ‘he didn’t mean anything by it.’ However I did mean it. I was fed up of being expected to always give way. My champion began to draw the fire as I quietly walked my bike around the fracas, and offered a weak smile of gratitude to my ‘have-a-go-hero’ who was too absorbed to notice. I rode home leaving the unpleasant incident without looking back.

Our previous vicarage was opposite an employment agency. A couple of hours later I was coming out of my house when I heard a familiar string of expletives; I did a comedy backwards walk as I saw Mr Bike Baddy three yards from my door shouting at an employment advisor. I admit an expletive or two ran through my mind as I snuck back inside and went to the window and slowly lifted the corner of the curtain to confirm my fears: Dark glasses, check. Leather jacket, check. Death bike, check. Foul mouth, check. What had been mildly unsettling far away from home was traumatic now he was right outside and knew where I lived. I had to leave the house. He spotted me but gave no hint of recognition. In retrospect I think I was a minor irritant in his day and not worth remembering.

It got me thinking, what happens there impacts here. What people and experiences which we think are outside of our homes actually travel home with us? What are the unresolved conflicts which play on our minds? Outside and inside are the same place. If we don’t deal with it there, it’s coming back with us. Let’s be courageous and seek peace there, if we want to avoid conflict here.