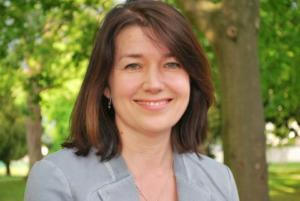 “I remember a conversation I had back in the 1980s, with a friend who early on was chosen to be ordained. He’d always found his university course very hard and despite the effort he put in, was expected to get a third class degree. I bumped into him just after he’d got his final results and he smiled at me and said, what I keep reminding myself today is that the best news I’ve heard is that Jesus is risen from the dead, not that I’ve got a 2:2!

“Keeping this perspective in life is challenging. I’m writing this article before England’s semi-final and by the time you read it, you’ll know the result. Winning is wonderful, but often once the excitement has calmed down there can be a sense of ‘now what?’. Losing can be tough, but often it can lead to a recognition that what matters is not the winning or losing, but the relationships that supported us along the way.

“The Apostles were from any earthly perspective a bunch of losers! During Jesus’s most critical period they gave up on him. I find the question that Jesus puts to Peter three times – ‘Peter, do you love me?’, one of the most moving passages in the New Testament. Despite being abandoned and rejected, Jesus continues to love and reinstate those who disowned him. Jesus knows that what matters is our knowing that we are loved and forgiven, especially when we have failed.

“Peter, empowered by the Holy Spirit is given new courage. For the rest of his life, his experience of the risen Jesus leads him to build new relationships, even with those he would not have previously considered eligible to be friends. He goes on many journeys until he chooses to die upside down on a cross. Peter holds onto the knowledge that his eternal home is with God, and we like him will all head home one day, hopefully with a lot of celebrating!”