Susan Jacob’s Retirement as Senior Editor of the Parish Newsletter

Susan Jacob's Retirement as Senior Editor of the Parish Newsletter. January 1990 was our first edition. Since then and for the last 25 years I have been involved with its monthly preparation and production. 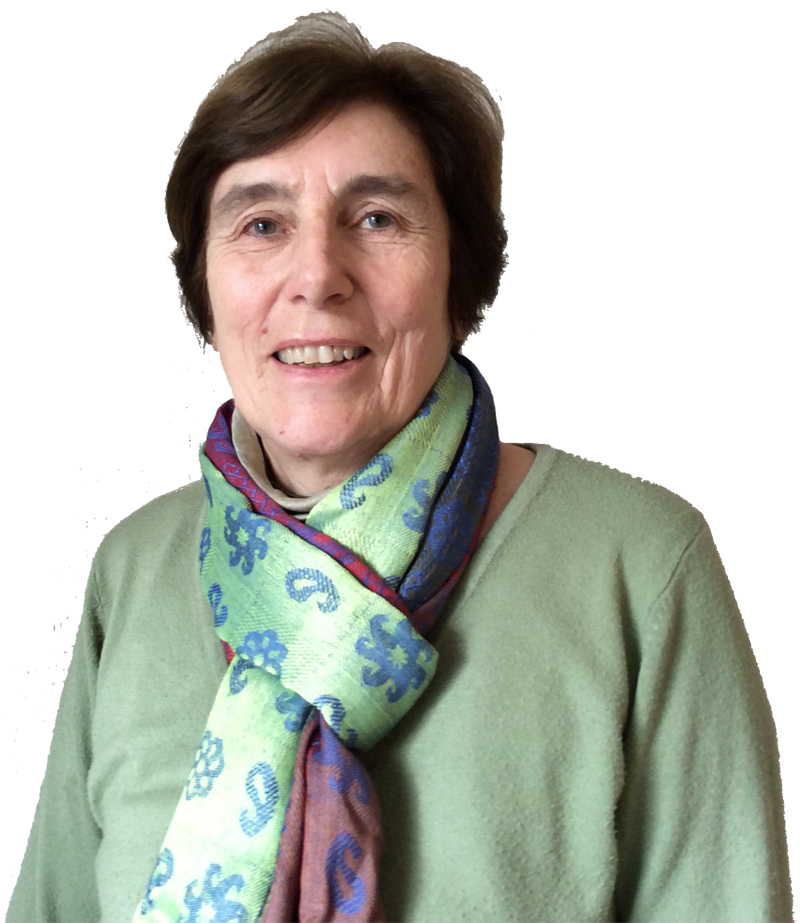 Shortly after the Rev Ray Carter arrived in the parish (in 1979) and began to rebuild a community in the recently re-opened St Mary’s church, he decided to write and distribute a monthly news sheet, turning to the Print Centre, Broad St, for the typesetting and duplication. His desire to make the news sheet a free publication was eased by the fact that the printer – another Mr Carter by chance – was so pleased with the way in which the Vicar had conducted his parent’s funeral that he offered to do the job at a considerably reduced price.

For 10 years Ray wrote all the copy himself and the circulation gradually increased along with its reputation. Then Ray had a heart attack and had to severely curtail his duties for a while. This is when a triumvirate of editors came on board to take over – the late Peter Mereweather, the late John Ould, and me. January 1990 was our first edition. Since then and for the last 25 years I have been involved with its monthly preparation and production and have worked with several other editors – the late Frank Jaffé, the late Gill Brimley, Sheila Groom, Veronica Baker, Minnie Harris, Melanie Woodcock, Julia Hornsby and our current editors, Sue Stevens and Sally Rideout. Juliette Jowit replaces me. From the start we devised a system that each of the three editors on the panel would take individual responsibility by rotation – therefore 4 times a year. Allowing for gaps on the panel due to illness or resignations, I admit to having been responsible for well over one hundred editions.

The layout has changed over time – most radically under Frank’s artistic eye – when we moved from “portrait” A4 plain to “landscape” A4 folded and we have also moved from including basic clip art, through Frank’s cartoons, to photographs and fancy display boxes. We even have full colour once a year at Christmas.

The content has changed too. Whereas in the old days the editors would cast around anxiously for copy – Peter Mereweather could always be relied upon to produce 250 words on a huge range of topics at a moment’s notice, all erudite and well researched – now we are experts on cutting/squeezing/somehow fitting in most, if not all, the many, many items which jostle for inclusion. This is due in no small part to the huge increase in parish activities and involvement of, and with, the local community. The print run has grown to 3,500 copies – all letter boxes in the parish receive a hand delivered copy and we pride ourselves on not missing our rule of the having the deliverers’ bundles in church by the last Sunday of each month. In addition to the print copies, the newsletter is posted on the church website, with archive copies going back to 2011.

In 1995 the Print Centre closed on Mr Carter’s retirement and we moved to Teddington Instant Print in the High Street and were introduced to our allotted typesetter Beverley Brock. She is still our typesetter and almost the most important member of our team. In those early days, copy was still submitted in manuscript – slipped under the door on a Sunday evening – and of course the monthly printing cost has risen by quite a bit. It was nevertheless decided to keep it as a free sheet.

As the digital age arrived, Beverley’s typesetting work became quicker and easier, although it was a fast and difficult learning curve for me to master emails, attachments, computer crashes and the like. The up-side of this was that we now have shorter deadlines and a much more flexible and interesting choice of graphics and design. The actual printing turnaround is also much faster. Back in 1990, copy deadline was the 1st of the preceding month of publication (earlier if the 1st fell at a weekend) and, apart from actual typographical corrections, no alterations, additions or deletions were permitted at proof stage, which concentrated the mind wonderfully.

I believe our newsletter to be a popular and worthwhile contribution to our parish’s mission. Although surely many copies end up as cat litter or in the re-cycling bin, many are read and appreciated by people who have no church connections at all but who value being kept in touch with what we do here. Editorially we aim to cover recent, current and future church and other parish events in more or less equal measure as well as sharing the Vicar’s monthly thoughts and providing diary information and useful contact details.

On a personal note I am looking forward to being able to greet someone without a look of panic crossing their face – “oh good, I thought you were going to ask me to write up the concert/service/outing”. I shall look forward instead to being on the receiving end of the approach.